ABC Center Singapore’s EarlyPreps programme has been appointed by the Ministry of Social and Family Development (MSF) for the Pilot for Private Intervention Providers (PPIP) Scheme.

This means that ABC’s EarlyPreps has met the rigorous criteria set by the MSF – involving the curriculum, teaching staff, fees and other operational areas.

Singaporean and PR children (from 0-6 yrs) who are recommended by their pediatricians to receive Early Intervention Programme for Infants and Children (EIPIC) or PPIP intervention, will be able to apply for and receive government subsidies.  (May 2017)

ABC Center has expanded into a new EarlyPreps Preschool program. This is an early intervention pre-school where children learn pre-school academic curriculum in small groups, while still having individualized programs for each child.  (May 2017)

ABC Center has expanded its In Home ABA Program with for after-school hours to help children who are in school (either typical or special schools), but also require individualized ABA support at home after school (May 2017)

ABC Center Singapore has been selected as one of few private institutions to provide internship for Masteral Degree students of Clinical Psychology of the National University of Singapore. (April 2011)

ABC Center Singapore is an approved Early Intervention Center registered under the Ministry of Culture, Youth and Sports. (2010)

Mari Ueda-Tao and Kristen Silliman presented a workshop in Ethiopia in 2010.

Joseph Morrow presented a paper on the History and Philosophy of Applied Behavior Analysis at Lille, France, Vienna,Austria and Singapore in 2009.

Nicole Tisdale Stephanie Sheridan, and Rick Gutierrez consulted at the ABCREAL school in Portugal in 2009.

Rick Gutierrez and Hui Ling Loh presented a workshop in Singapore in 2009.

ABC, Inc. presented a workshop on ABA principles in Portugal in March, 2009.

Connie Wong, Rick Gutierrez & Joseph Morrow were consultants to the Applied Behavior Analysis program at the University of Charles de Gaulle in Lille, France in November, 2008

Joseph Morrow presented a lecture on ABA history and philosophy at the Gulbenkian Foundation in Lisbon, Portugal in September, 2008.

Kerry Madden, Mari Ueda-Tao and Rick Gutierrez played key roles in the establishment of the ABC REAL school in Lisbon, Portugal in September and October, 2008.

Joseph Morrow met with University officials in Wuhan, China concerning the establishment of a BCBA program in October 2008.

Joseph Morrow has an in press publication on the History and Philosophy of Applied Behavior Analysis in the Romanian Journal of Special Education.

ABAI President William Heward presented a one day workshop on principles of teaching at the Sacramento campus of ABC, Inc. in July 2008.

Brenda Terzich, Mari Ueda-Tao and Natalie Preston were in Iceland establishing an ABA program  in early 2008.

Robyn Matsumoto, Rebecca Akroyd, Mari Ueda-Tao and Phyllis Williamson presented a data based paper on teaching language to infant-toddlers with autism at the ABAI Conference on Autism, in early 2008.

ABC in the Global News 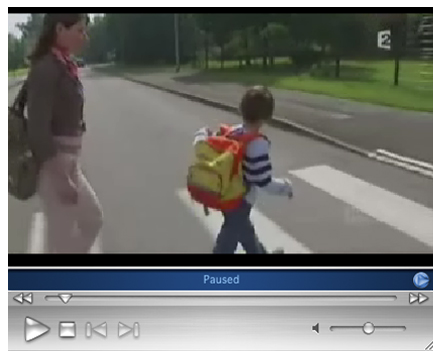 Tomi is vocally imitating and he even says “Pa” (bye) in natural context and “Da” (yes) at responding to name. He has around 20 targets already.